Intermediaarts is reader-supported. When you buy via our links, we may earn a commission at no cost to you. Learn more

What is a Felt Tip Marker? (Definition, Types, Benefits,…) 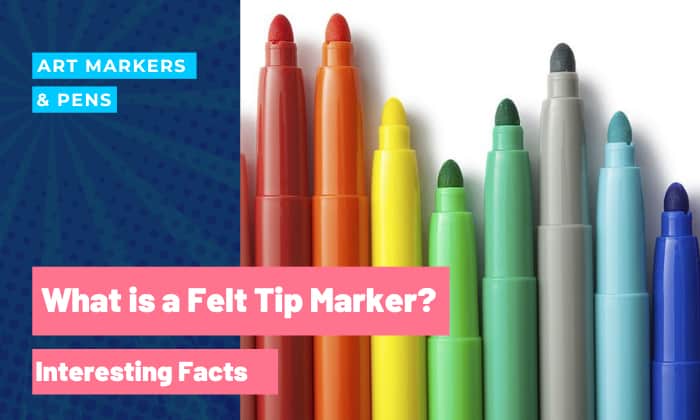 With so many different types of writing tools on the market, it is challenging to keep tabs on what is what. For instance, what is a felt tip marker? You are probably using one without knowing!

A felt tip marker is exactly what its name suggests – a marker with a tip made of felt.

Felt tip markers are available in various sizes, from fine to broad. They can also be found in a range of colors, such as black, blue, purple, red, and green.

Continue reading to learn more about these markers, including their purposes and features. You should read until the end to get a complete understanding!

As said earlier, a felt tip marker is simply one with a felt tip. This marker type was first patented in 1910 and became popular in 1958 for labeling and lettering. In 1962, the felt-tipped pen was introduced.

The barrel and cap are often made of plastic, while the tip, as mentioned, is made of felt. The felt is a collection of porous ceramics or pressed synthetic fibers. Hence, these markers/pens can be called fiber tip pens as well.

What Are the Types of Felt Tip Markers? 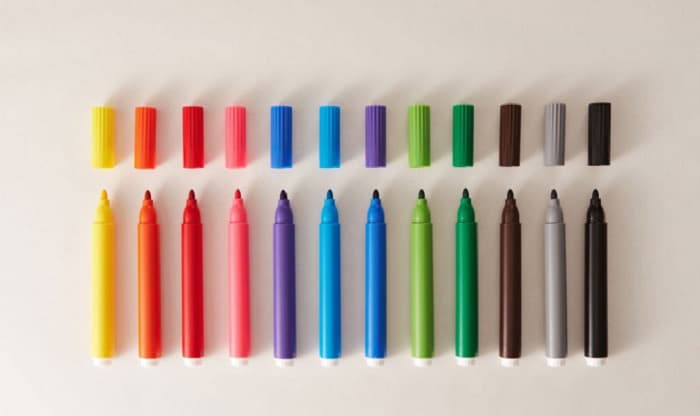 These markers/pens are categorized by their nature of permanence: permanent, semi-permanent, or temporary.

These markers/pens can be used on porous surfaces like plastic, glass, metal, wood, and stone. Their markings can stick well even if you try to wipe them with your hands or sleeves.

However, they can be removed if scrubbed by strong chemicals or cleaning agents. You can get permanent felt tip markers/pens in diverse tip sizes, shapes, and colors.

Dry- and wet-erase markers fall into this category. They can be used on non-porous surfaces, and their key characteristic is erasable ink.

They are most often used on whiteboards, so sometimes, it is possible to hear people refer to them as whiteboard markers.

Like permanent felt tip markers/pens, they come in many tip sizes and colors. Many brands offer them on the market today. Examples are Crayola, EXPO, and Sharpie.

These markers typically have broad chisel tips and lay down neon colors. They are used mostly for color-coding purposes and coloring over existing text without covering them entirely.

These are special markers with fluorescent but invisible ink. Any markings made by these tools are visible under ultraviolet light. Generally, security markers are used on valuable items.

These markers have election ink, which contains a photosensitive agent that is used to mark one’s finger or cuticle during an election. This special marker is used to counter double voting and other forms of fraud. The ink can last for a while.

Why Do People Use Felt Tip Markers and Pens? 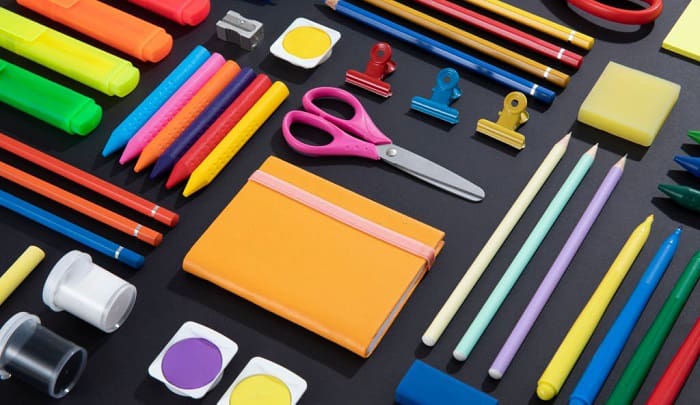 Many people use felt tip markers and pens, and there are good reasons why.

It is possible to lay down lines of ink with varying widths by altering the amount of pressure applied and the position of the tip. For example, by turning it on its side, you can use it to color or shade.

As mentioned briefly earlier, felt tip markers and pens come in many tip sizes and shapes and ink types and colors. Since this is the case, there are always the right felt tip pens black or colored for any purpose and setting.

Those with thinner or finer tips are ideal for note-taking, precise lines, and detailed illustrations, while those with broader or wider tips are preferable for making bold lines, drawing, coloring, etc.

That being said, you can practice various art styles and even calligraphy with felt tip markers/pens.

Felt tip markers and pens can have water-based, oil-based, pigment-based, alcohol-based ink. This can affect their ink quality, permanence, and other factors like where they can be used and whether they encounter bleeding and feathering. They are also available in different colors.

These markers/pens are also remarkably easy to use. You can use them to write at any angle and in any direction. They can go on porous or non-porous surfaces, depending on the type of ink.

In addition, compared to other markers/pens, their ink flow tends to be less restricting. You do not need to manually add ink to these markers or pens, like you would have to with fountain and ballpoint pens, too. 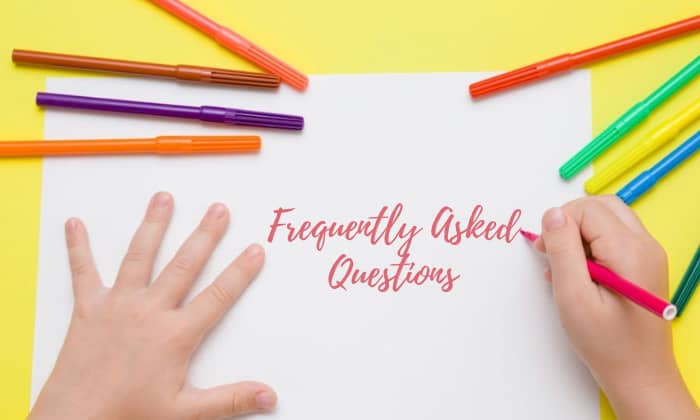 What is the tip of a pen called?

The pointy tip of a pen is just the “tip,” which is not necessarily always a fine point, as there are broad and wide tips (In this case, they do not go by the name fine felt tip pens.) However, the term “nib” is sometimes used. “Nib” is actually specific to fountain pens.

Are felt tip pens the same as markers?

When first introduced, felt tip pens were distinguished from markers by their thinner tips. Today, however, their names are often used interchangeably. Thus, when referring to the markers, some people would use the term “pens,” and vice versa,

Is a Sharpie considered a felt tip pen?

Sharpie is a brand that sells markers, pens, and highlighters. There is a wide selection provided for each of the product lines. In terms of felt tips, the brand offers both felt tips markers and felt tips pens.

Click here for a Sharpie, a felt tip pen sample. You can find these in fine or medium points, and in black, blue, red, or green. There is also a stainless steel barrel version. Most Sharpie felt point pens are available in counts of 1 to 6, 8, 12, 24, and 36.

Is a felt tip pen an ink pen?

No, a felt tip pen is different. An ink pen, also known as a fountain pen, has a metal nib instead of a felt one.

The term “ink pens” is sometimes also used to refer to rollerball- or roll pens. These do not have a pointy tip like felt tip pens, but rely on an inky ball that lays down ink as it glides across a surface.

Is there only one way to spell felt?

Yes. But you might come across markers/pens labeled “feutre.” which is “felt” in French. These are the same as typical felt tip markers and pens. You can utilize them for writing or drawing and coloring images.

Differences between felt-tip pen vs. ballpoint?

Ballpoint pens and felt-tip pens both come with the nub that acts as a funnel to transport ink from the cartridge upward. However, the felt-tip pen is richer in style, allowing freedom of expression. Meanwhile, the ballpoint pens are rather rigid.

Differences between felt-tip pen vs. marker?

Actually, due to the similarities between the tips, the feel they give is rather similar. However, markers can create a wider line, thus applicable for large-scale projects. Meanwhile, the pen can produce lines thinner than 1mm, therefore ideal for personal coloring and lettering.

Now, you should know what is a felt tip marker?. Aside from the felt pen meaning, we have provided information on its parts, types, and pros. We have also addressed FAQs to compare different types of pens and their uses. Hopefully, the guide will clear all your confusion about this type of standard writing tool.

How Long is a Sharpie Marker? (Size Chart Included)

How to Get Pen Ink Stains Out of Comforters and Sheets?

How to Store Markers & Pens? (Base on Different Marker Types)

How to Organize Markers, Pens, Pencils? (All Possible Ways)

How to Hold a Calligraphy Pen? – A Beginner’s Guide

How Long Does Sharpie Last on Skin? – Things to Consider