What is a Magic Marker? – A Complete Compilation 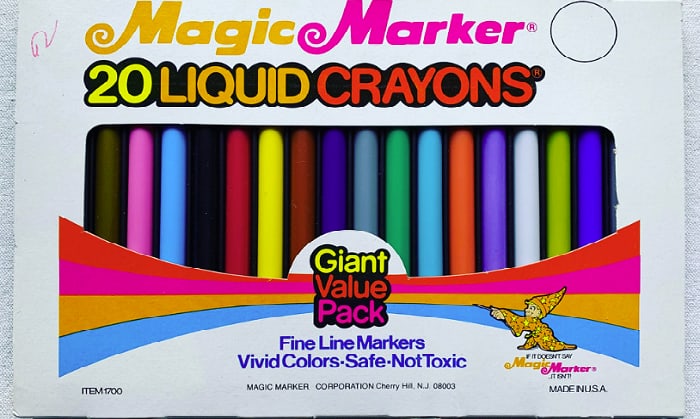 What is a magic marker? A magic marker pen is a kind of permanent or semi-permanent pen that is derived from a brand name popular in the 1950s. These pens are formulated to write on any surface like paper, metal, and more.

A magic ink marker comes in different sizes and shapes for writers to choose from, depending on our taste. Read on to know more about these writing tools.

What is Considered a Magic Marker?

Magic markers are felt tip pens made of thick fibers and have their own ink source and a wick that absorbs pigments for writing. Also, its ink is often colored and waterproof, commonly-used for writing and drawing on various surfaces.

The magic color markers are also famous for the ability to change colors due to the acid-based pigment.

Why Do They Call It a Magic Marker?

Sidney Rosenthal, the inventor of the Magic Marker brand, called it a magic marker because of its ability to write on any surface.

What is the Ink in a Magic Marker? 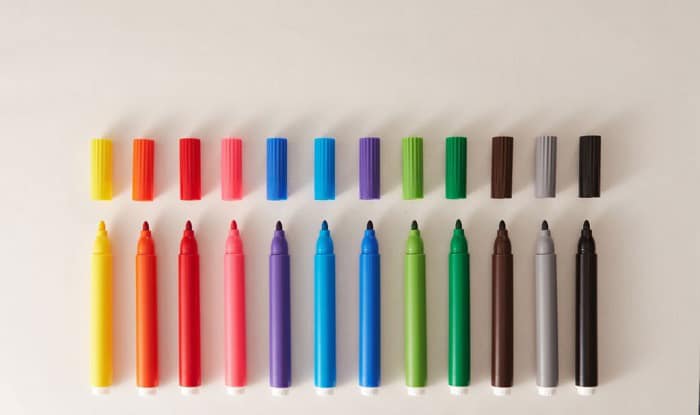 Just like the Sharpie markers’ ingredients and any other permanent and semi-permanent markers sold in the market, toluene and xylene were commonly used solvents for marker inks in the 1990s.

Who Invented the Magic Marker? When Were Markers Invented?

Contrary to what others believed that Crayola invented magic markers, recorded history shows that Sidney Rosenthal invented the magic marker.

He was born in 1907 in Richmond Hill, New York; The first magic marker was created in 1953 under his company Magic Marker Corporation.

The original magic marker came in with a bottle filled with ink and a wool-felt wick. For six years, they dominated the market, promoting their products for lettering, labeling, and poster drawings. But due to growing competition, his company went bankrupt in 1980.

The makers of Crayola, Binney, and Smith bought all the rights to the Magic Marker name in 1989. They knew that the Magic Marker brand had already established its commercial reputation. Therefore, the plan to retain its name would give them an edge over the rest of its competitors.

Primarily, this wide array of fun-colored markers is for writing on metal, cardboard, wood, stone, and many more surfaces.

However, magic markers have truly gone a long way since creative people found the magical charm of these brilliant pens. Who would have thought they’d reach a new level of supremacy for commerce and art?

The Use of Magic Markers

From a plain marker to a marker that changes color, it is the favorite drawing tool of artists.

Kids can use them in coloring books and doodling, while artists use these markers for sketching or painting. The convenience and affordability of these products make them more attractive to the users.

Before digital art was born, what other way to promote a product other than photography and videography? I tell you, it is manual art! It is drawing what one has mentally imagined using hands and tools.

Many artists have used markers as effective tools for promoting brands and products. One of the many is Allister Lee, an artist, and graphic designer. He has worked for big companies such as Nike, Stussy, Mishka, and Adidas.

Here are some of the more popular ones:

If I were to ask you, magic marker vs sharpie; which is better? Well, that depends on your preferences as an artist. After all, beauty is in the eyes of the beholder. 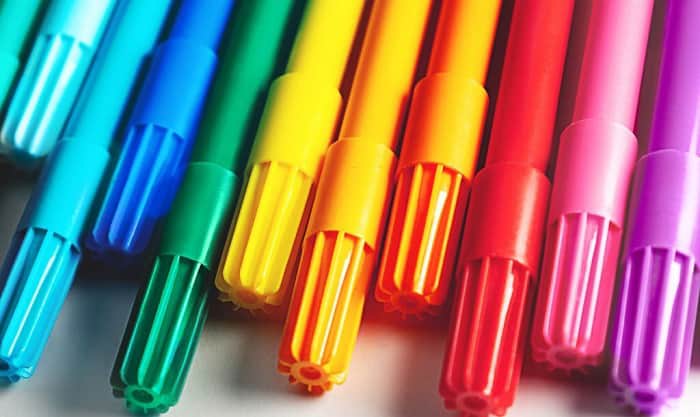 Is a magic marker permanent?

On non-porous surfaces, these markers can be removed by high-pressure cleaning or using solvents like alcohol, acetone, thinners, and the like. But on porous materials, they can be permanent if the ink already sets into the material (paper, cardboard).

When does a magic marker change its color?

When the color-changing tip is swiped over the colored marker, due to some chemical reaction of the strong base and acid, color pigments react and appear to have changed.

Therefore, red can appear gold, purple to coral, and black to orange!

So, what is a magic marker? You already have a full answer to that. Like so many things in this world, magic markers evolved with constant study and innovation from the field’s experts. They played a big role in the formation of art and design, from a child’s developing mind to an adult’s recreational activity.

The colored tips of each pen create a magical art transformation in the eyes of the artists and viewers that can evoke emotions of sadness, happiness, and nostalgia. Yes, it is true! These brilliant markers are magical in every way.

Chalk Markers vs Regular Chalk: The Write Stationery to Use