Intermediaarts is reader-supported. When you buy via our links, we may earn a commission at no cost to you. Learn more

How to Sharpen a China Marker? – 4 Easy Ways 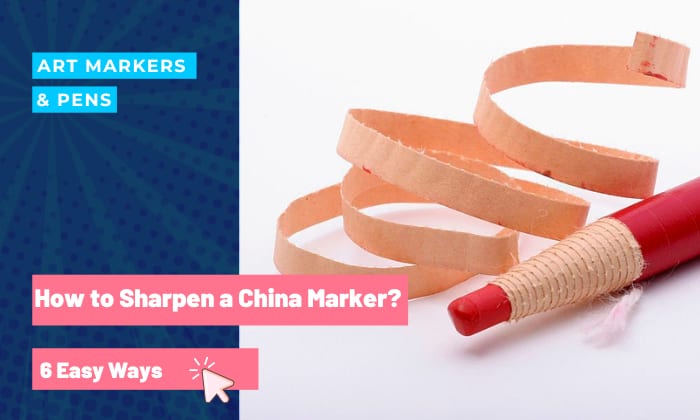 China markers, often also called grease pencils, are writing tools with waxy cores. Instead of lead or graphite, these markers/pencils have hardened and colored wax, which can be used on glossy non-porous surfaces.

For example, you can use them for rhinestones markings.

They are quite handy, so it doesn’t hurt to have one ready at home or work. However, it is crucial to note that they are used differently from ordinary markers/pencils. The biggest difference is in the sharpening. So, how to sharpen a China marker?

Learn the methods along with the materials to prepare and the steps to follow in this article. 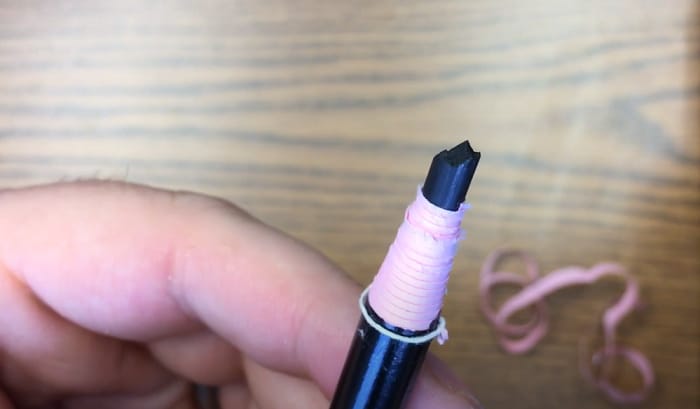 You should have a pair of scissors ready and a trash can to collect the peelings after you are done with sharpening. Aside from these, let’s get started!

Often loosely referred to as the pencil with strings, most China markers come with a pull-out string. This string is thin and attached to the tip of the writing tool.

When you pull the string, it will unravel the paper that encases the pencil. And when the paper is peeled off, more wax is exposed for you to use and continue making markings.

Here are the specific steps to take:

The peeling process does not always happen seamlessly. So, if this is the case for you, do not fret, use more force to yank the string downward or pull it sideways.

Instead, consider following these steps:

The simultaneous actions will help you strip the paper casing off more easily. 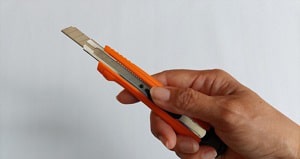 This second method applies to China markers that are wrapped by wood and do not come with a pull-out string. A knife will substitute your hands in sharpening the writing tool. 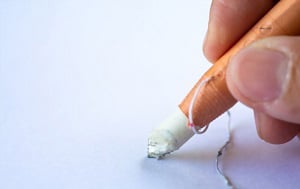 A MarkME sharpener is a product specially designed to sharpen China markers.

Compared to the traditional approaches outlined above, it:

Here’s how you use it:

For visual guidance, check out this video.

This China marker sharpener will work excellently for grease eyebrow markers. Do not use it to sharpen Sharpie grease markers or similar markers with pull-out strings. 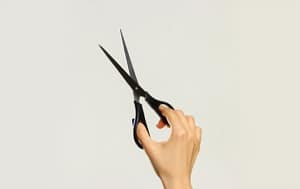 It is also possible to sharpen a pencil with scissors. This is just like using a knife to sharpen your China marker. Indeed, the steps are the same, so make sure you have a sharp pair of scissors. 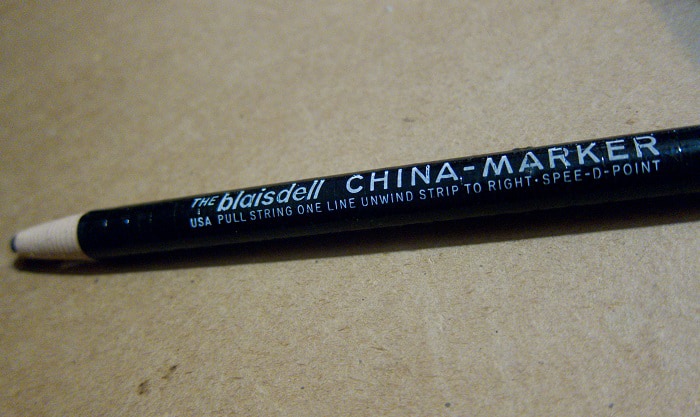 Can you sharpen China marker?

Although we use the term sharpen for China markers, we don’t actually use a sharpener to make the lead tip pointier. Instead, we use the steps above! Scroll up again if you do not remember the proper procedure yet. Read and follow along to sharpen your markers.

What is the string for on a China marker?

This string is what can be pulled to strip off the paper wrappings of a China marker to expose the waxy core. Sometimes, instead of a string, there is a paper strip.

Do you sharpen retractable China markers?

No. Retractable China markers, also known as mechanical grease pencils, are refilled rather than sharpened. When your marker stops working, you will have to purchase the cores separately.

How do you sharpen a marker tip?

Normal markers filled with ink do not need to be sharpened. But you will have to sharpen wax pencils, such as China markers. To reiterate, if you want to stick to the traditional methods, you can either use the pull-out string or a knife. For less conventional methods, MarkME sharpener or scissors.

How to sharpen a China marker? As you have read above, you can use the attached string, a Markme sharpener, a knife, or scissors.

Regardless of the procedure to opt for, it takes some steps to get a Chinagraph pencil back to work.

Which is the best method for you? Let us know in the comments. Share any other tips/tricks you have there too.

How Long is a Sharpie Marker? (Size Chart Included)

How to Get Pen Ink Stains Out of Comforters and Sheets?

How to Store Markers & Pens? (Base on Different Marker Types)

How to Organize Markers, Pens, Pencils? (All Possible Ways)

How to Hold a Calligraphy Pen? – A Beginner’s Guide

How Long Does Sharpie Last on Skin? – Things to Consider